What are they and what can you do about them?

Reckless words and nagging criticism that spew out of your mouth to your spouse can feel like stabbing them with a knife and hitting them on the head with a hammer. You say, “I didn’t mean it, I just said those words in anger.” But words pierce our soul and create wounds, hurt, anger, and eventually, hate.

Remember the boy that had an anger problem, saying hateful things all the time? His dad made him go hammer nails into the wood fence for punishment. After the boy was finished, the dad made him pull all the nails from the fence. The boy realized how destructive his words were when his dad said, “Son, that’s what mean words do. They leave holes in people.”

The solution is to learn self-control and share from the heart with tact. There are playful ways to get your point across without being sarcastic. It might be saying, “Rude” like Bon Qui Qui or “Kick me! Kick me! It would hurt less.”

Giving the silent treatment, turning a cold shoulder, or stuffing your feelings creates a cold war of indifference. This is sometimes called stonewalling and is just as deadly and destructive as spewing criticism. It’s true that holding your tongue is wise and it’s better to overlook an insult that act out but stuffing is usually a form of hurting your spouse in a passive aggressive way. Spouses who stuff thoughts and feelings need to understand they are feeding a relationship cancer with resentment, bitterness, and unforgiveness.

The danger is that you can grow apart by avoiding problems and both of you may begin to quit with an, “I don’t care attitude.” Doing nothing is the fastest way to create a divorce. The solution is to be courageous and realize that open rebuke is better than stuffing your feelings. Learning to give and receive repair attempts is a momentum builder for outrageous love.

Remember sex is more than intercourse. It’s frequent touching, tender words, playful banter, lustful looks, deep eye contact, slow foreplay and bursts of flirting. The solution is to keep the sex cooking. Why not have an emotional and physical affair with your spouse?

Dream Big: In the Discovery Zone 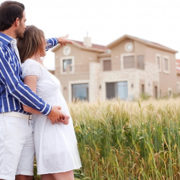 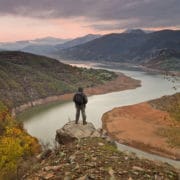 Are You On the Move?
0 replies

What Caterpillars Teach Us About Dreams

Dealing With Negativity
Scroll to top
Login
Lost Your Password?